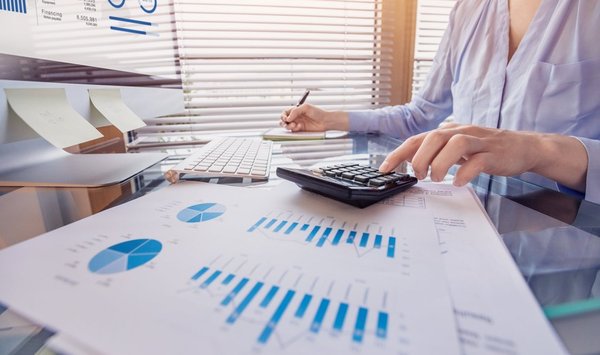 What is accrued revenue?

Accrued income can be a difficult concept to understand when you start analyzing financial statements. It is the amount of revenue a business has earned but has not collected money for. The company will report income on its income statement and on its balance sheet with an asset until the income is received.

Businesses have to record their income this way because of accrual accounting. Let’s talk about what it is, how it works, and when to worry about too much accumulated income.

The first thing you need to understand is accrual accounting. One of the key principles of accounting is the principle of matching. It states that income and expenses should be recorded in the financial statements in the period in which they are earned or incurred. This means that a business can record income even though it has not yet collected any money and can record expenses even though it has not paid for it.

Some small businesses will use what is called cash accounting, where they report income and expenses as money changes hands. But all stocks registered in the United States must follow generally accepted accounting principles (GAAP) which require the use of accrual accounting.

Normally, when income is recognized, it is balanced by an increase in the cash account. When receivables are recognized, they are balanced with accounts receivable (AR). Here’s what a $10,000 transaction looks like:

Revenues are reported in the income statement in the same way, whether they are revenue receivable or cash revenue. There are two ways to determine what portion of revenue is receivable revenue: subtract changes in accounts receivable from revenue and look for a breakdown of revenue and credit revenue in the footnotes of the annual report. There won’t always be a breakdown in the footnotes, but you should be able to find the change in the ARs on the cash flow statement.

The second part of the sales transaction is when the account receivable is collected. Here’s what it looks like:

Instead, you will need to analyze the cash flow statement. The operating cash flow portion of the statement adjusts net income for the change in accounts receivable and accrued liabilities. If a business makes all or most sales on credit, has difficulty collecting and making payments to its suppliers, it may have negative cash flow while net profit is positive. The cash flow statement is an early warning signal for investors.

The allowance must be an insignificant amount that the company fixes in its contracts. If it’s higher than 10% or growing rapidly, read the management analysis and conference call transcript to learn more.

Finally, be on the lookout for companies that don’t traditionally have AR but are starting to rely on it. Direct-to-consumer retailers typically collect at the time of transaction, so if they have a lot of AR, there might be something going on that you should inquire about.

use United Rentals (NYSE:URI) as an example. United rents equipment on an hourly, daily, weekly or monthly basis. Turnover is recognized on a straight-line basis and customers are invoiced monthly or when the equipment is returned.

Using this method, the business often recognizes revenue receivable before it is paid. In 2021, it had $8.2 billion in rental income and $1.68 billion in accounts receivable. ARs grew by about $300 million during the year and sales increased by $1.1 billion.

This change in RAs means that at least $300 million of the company’s revenue increase comes from accrued revenue. What does this mean for investors? For some companies, this could be worrying. If the business has always done mostly cash sales, then suddenly shifts to 25% credit sales, you need to figure out what’s going on.

For United Rentals, credit sales are an integral part of doing business. United limits its risk by not having a concentration of more than 1% in a single customer; its allowance for bad debts was only $112 million. This number is significant, but it is relatively low compared to the total number of ARs and to previous years.

Accrued income is an important concept for novice investors to learn and understand. Most of the time, it’s a normal part of business. But when it starts to become an increasingly large part of a company’s revenue, there can be problems.

Pay attention to the difference between cash flow and net income each year and dig deeper if the gap starts to widen. Also, be on the lookout for an increase in the allowance for bad debts. If businesses are no longer able to collect from customers, they will not be able to pay their bills.

Deferred income is the opposite of accrued income. This is income for which the company collected money but did not perform the service. If a business has a lot of deferred revenue, it may not be able to complete every job it has collected for.

Accruals can be income or expenses. An example of accrued liabilities is for utilities that have not been paid for. Utility companies charge for the previous period’s usage and often don’t get paid for a month. The expense will go to the income statement and balance sheet when the invoice is received.