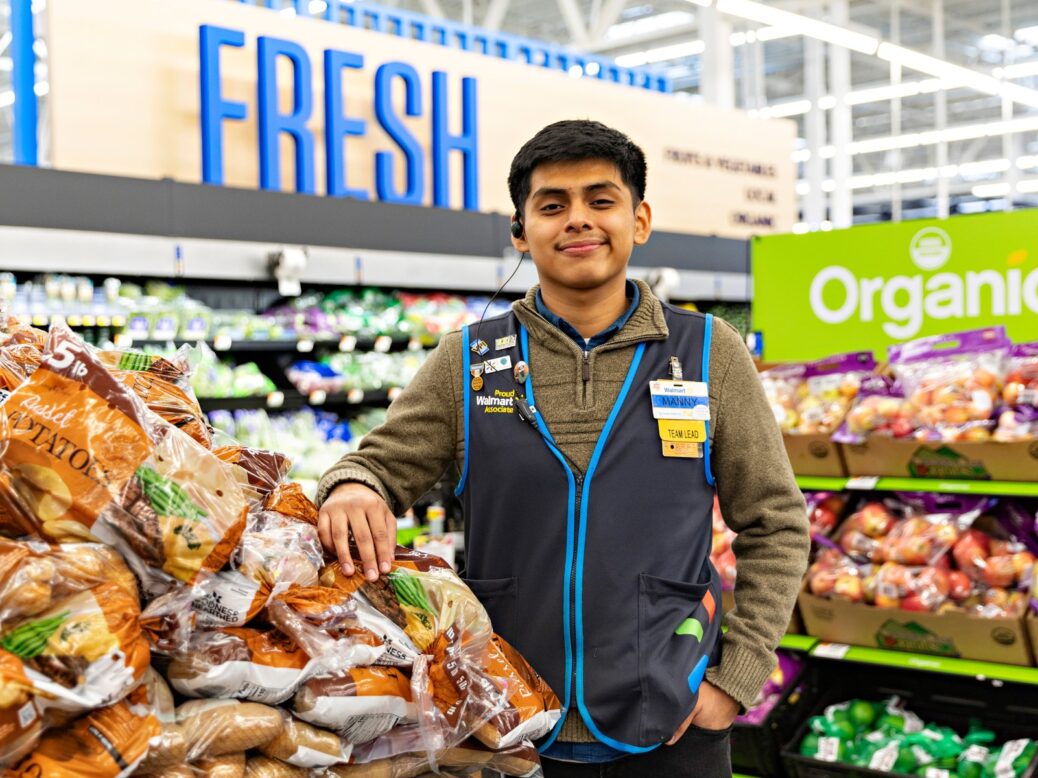 Walmart reports 2.4% revenue growth for the first quarter of FY23

The American multinational Walmart declared a turnover of 141.6 billion dollars for the first trimester (Q1) of fiscal year 2023 (FY23).

This figure represents an increase of 2.4% compared to the same period of the previous year.

Walmart’s revenue for the three months to April 29 increased 2.6% at constant exchange rates.

Comparable sales for the company’s U.S. operations increased 3.0% from a year ago and 9.0% from the same period in FY21.

The retailer’s e-commerce growth in the country for the first quarter was up 1% from a year earlier and 38% from two years earlier.

During the quarter, Walmart International’s net sales decreased $3.5 billion to $23.8 billion, a decrease of 13.0%.

The company’s international sales were negatively impacted by $5.0 billion in divestments and $0.4 billion by currency fluctuations.

Sam’s Club, a chain of members-only retail warehouse clubs under Walmart, saw comparable sales increase 10.2% from the first quarter of 2022 and 17.4% from the previous two years. Club dues revenue increased by 10.5%.

Walmart’s operating profit for all of its businesses was $5.3 billion, down 23.0% from a year earlier, while its consolidated gross margin rate also fell by 87 basis points during the year.

Walmart President and CEO Doug McMillon said, “Across all of our businesses, we had a strong quarter. We thank our associates for their hard work and creativity.

“The end results were unexpected and reflect the unusual environment. Inflation levels in the United States, particularly in food and fuel, created more pressure on the margin mix and operating costs than we didn’t expect it.

“We are adapting and will balance the value needs of our customers with the need to generate earnings growth for our future.”

For the full year, Walmart expects consolidated net sales to grow about 4% and EPS to decline about 1%, both at constant exchange rates.