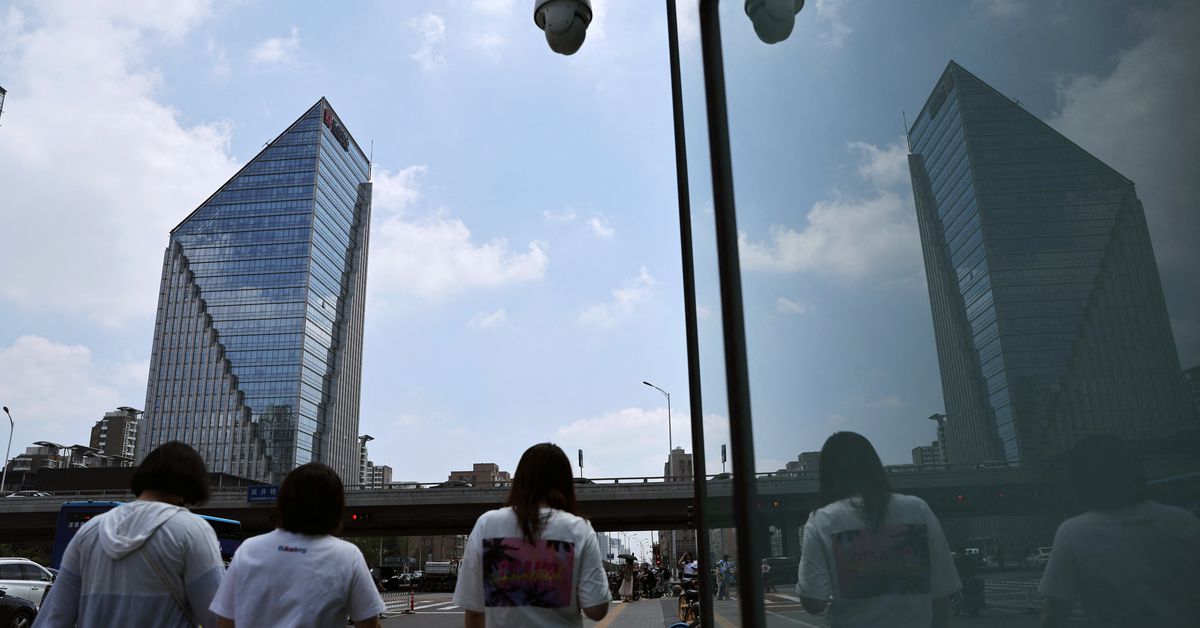 People walk under a security camera on a street in Beijing, China July 29, 2022. REUTERS/Tingshu Wang

BEIJING, Aug 17 (Reuters) – China’s fiscal revenue growth slowed slightly in the January-July period from the first six months of the year, finance ministry data showed on Wednesday, as the economy was under pressure due to the country’s zero COVID policy and a real estate crisis.

Tax revenue in the first seven months was up 3.2% year-on-year excluding the impact of value added tax credit refunds, slightly slower than a 3.3% rise during the first six months.

In July alone, tax receipts fell 4.1% from a year earlier, the smallest contraction in 4 months, according to Reuters calculations based on official data.

Mass rebates of tax credits are nearly complete, totaling more than 2 trillion yuan ($295.05 billion) since the start of the year, the China Securities Journal reported on Wednesday, citing the Ministry of Finance.

Sales of Chinese government land for July fell 33.2% year on year, compared with a 40% decline in June, according to Reuters calculations based on ministry data.

Fiscal spending reached 14.68 trillion yuan in the first seven months, up 6.4 percent from a year earlier, according to data from the Ministry of Finance.

July’s dismal reading of factory sales and retail sales indicates that the world’s second-largest economy is struggling to shake off the hit to growth in the second quarter from strict COVID restrictions. Read more

(This story refiles to correct story link in last paragraph)