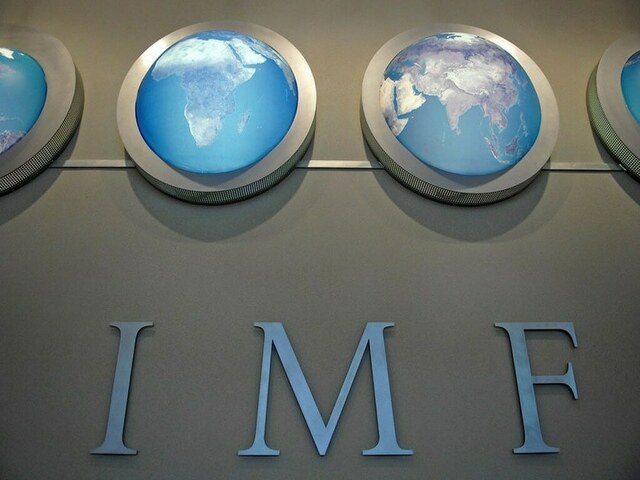 This was noted in the staff report of the Sixth Review of the International Monetary Fund, which further asserted that the budget “projected unrealistic revenue growth (thanks to marked improvements in tax administration and strong domestic demand, including imports) and high non-tax revenue, which introduced significant revenue risks of budgetary slippages.

The government has, however, committed to drafting a personal income tax (PIT) bill which will come into force on July 1, 2022 to reduce the number of income tax rates and brackets. , to reduce tax credits and allowances (except those for the disabled and the elderly, and Zakat receipts) and to introduce special tax procedures for very small taxpayers.

The PIT legislation aims to simplify the system, increase progressivity and support the formalization of work, and aims to: (i) reduce both the number of income tax rates and brackets; (ii) reduce tax credits and allowances (except those for the disabled and the elderly, and Zakat receipts); (iii) introduce special tax regimes for very small taxpayers; and (iv) bring additional taxpayers into the tax net.

The IMF further noted that further tax policy reforms remain essential in the coming period, which will help Pakistan “address its continuing challenge of a low revenue base, which weighs on debt sustainability and severely restricts much-needed fiscal space for growth-enhancing infrastructure spending”. , education, health and social assistance. In this context, staff urged the authorities to continue broadening the tax base, reducing informality, and simplifying and modernizing the tax system.

The report further highlights that harmonizing the General Sales Tax (GST) base will be key to improving competitiveness and the business environment. Under the current system, the sales tax base is fragmented, with services subject to provincial taxation and goods subject to federal taxation. The fragmentation of the tax base has seriously compromised the design and administration of tax policy, generated disagreements over the definition and allocation of the tax base, caused cascading and double taxation for businesses, and greatly increased compliance costs. Indeed, the system is cumbersome and harms competitiveness by increasing the cost of doing business.

The authorities recognize that tax administration reforms and enforcement efforts should complement their tax policy measures. The authorities plan in the medium term to: (i) introduce a centralized, risk-based compliance function; (ii) update IT and automation; (iii) use third party data, cross-checks and analytics; (iv) simplify registration and filing processes; (v) modernize and focus audit practices; and (vi) strengthen the Large Taxpayer Office (LTO). In line with ongoing IMF technical assistance advice, IMF staff has discouraged the use of third-party audits in favor of developing an adequate compliance risk management framework. The government has also assured the IMF that efforts will also be made to establish a single filing, taxpayer and return portal, and to redress high unpaid tax arrears. To contain smuggling, authorities are in the process of reintroducing the tracking and tracing system for tobacco products, but a full roll-out remains delayed due to capacity constraints.

The report says tax revenue is expected to increase by 1.2 percentage points of gross domestic product (GDP) from fiscal year 2021, boosted by (i) tax measures; (ii) strengthening the efforts of the tax administration; and (iii) automatic stabilizers.

The main additional tax measures include: (i) the implementation of the reform of the General Sales Tax (TPS). Parliament will pass GST reform as part of the amending budget, in line with staff recommendations to broaden the GST tax base and eliminate approximately 2/3 of GST tax expenditures. This is achieved by undoing the policy reversals that extended preferential treatment to many goods in the finance law for fiscal year 2022; ii) moving most goods from zero rate (Fifth Schedule) or reduced rates (Eighth Schedule) to the standard sales tax rate; (iii) eliminating exemptions (Sixth Schedule) for most goods except basic foodstuffs, live animals for human consumption, and goods related to health and education; and (iv) applying the standard rate to high-end mobile telephone devices (previously under the Ninth Schedule).

The government has made a commitment to the IMF to improve tax administration in order to increase the efficiency of revenue collection. Government priorities are: (i) develop a comprehensive compliance strategy and set up a central risk management unit and a compliance risk management committee at the central level; (ii) systematic identification and assessment of compliance risks; (iii) adoption of a more project-based approach to address specific high-risk tax compliance areas; and (iv) strengthen data collection and analysis. The government has also recognized the need to (i) simplify tax filing and expand electronic services for taxpayers; (ii) expedite the resolution of refunds and administrative appeals; and (iii) strengthening of the large taxpayers office. In March 2021, the government launched a tax debt collection campaign to redress the high percentage of unpaid debts.

The government has also reintroduced and rolled out the Tobacco Products Track and Trace system in one company in October 2021. In the future, the track and trace system will likely cover the entire tobacco as well as cement sectors. , sugar and fertilizers. However, given the technical capacity issues, the FBR cannot commit to finalizing the full roll-out of the track and trace system to all companies during the program period and therefore requested to drop this benchmark. structural. To support the harmonization of GST, the FBR will establish the single filing portal by December 2021, which will eliminate filing with five different tax administrations and simplify with a single tax base, which would improve the ease of making transactions. business and boost taxpayer confidence, it added.