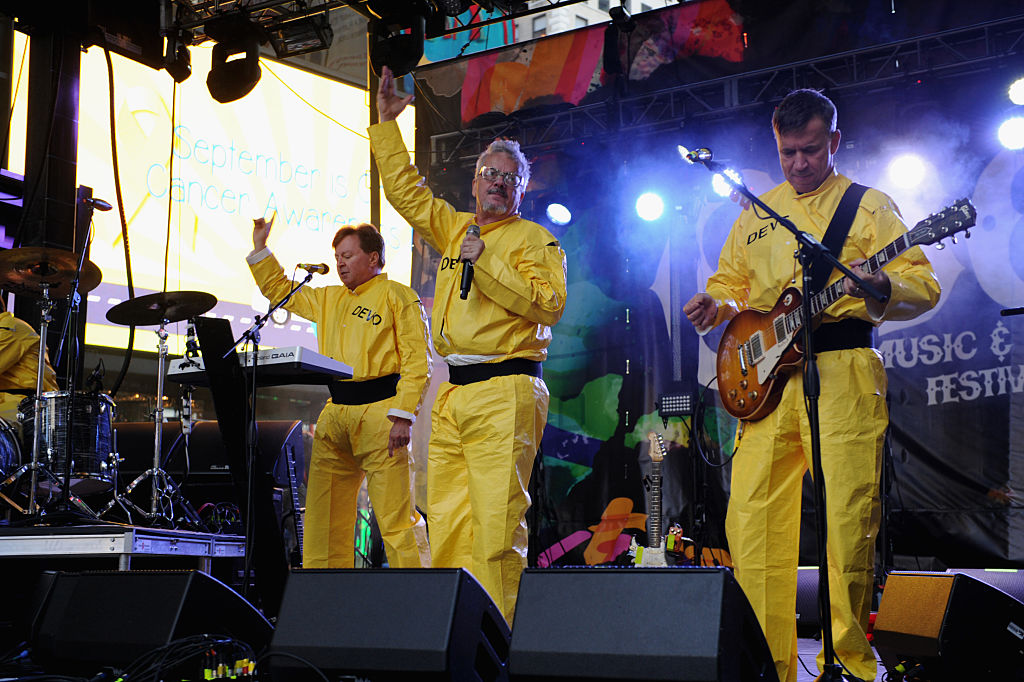 Devo will donate earnings from the song to Ukraine Relief

Devo will donate licensing revenue from its catalog of songs for the entire month of April, as well as personal contributions, to Ukrainian humanitarian organizations. The funds will benefit Music Saves UA and World Central Kitchen.

The band, best known for their hit ‘Whip It’, encouraged others to join them in supporting those affected by the conflict in Ukraine.

“Vladimir Putin’s rape of a sovereign nation, Ukraine, whose citizens are committed to the democratic rule of law should not and cannot exist in the 21st century,” said band members Mark Mothersbaugh and Gerald Casale in a statement, according to The Hollywood Reporter. “To help the victims of Putin’s unprovoked war, Devo will be donating this revenue from licensing our song catalog throughout April. We invite our masters and publishing rights-holding partners to join us in doing the same. Additionally, we encourage all successful artists to do something similar to help ensure this gesture reaches critical mass.

Last year Casale said Newsweek he doesn’t know if Ronald Reagan’s would-be assassin John Hinckley Jr. has ever received royalties for his songwriting credit on the band’s song “I Desire.” Hinckley Jr. noted, “In 1982 I co-wrote a song with Devo called ‘I Desire’. It’s on their album Oh no, it’s DEVO. The album is still selling worldwide, especially in Japan and Europe. I haven’t seen royalties in 35 years. What is the problem?”

Casale replied: “He may not be lying… We’re not talking about a lot of money here. Believe me, [‘I Desire’] was not a success. But it’s certainly not because of Devo that he didn’t get his money.